Also called “evasion maps”, silk maps were made during World War II for American and British servicemen to be used in case of capture or being caught behind enemy lines. The maps could be hidden inside uniforms, such as in a seam or inside a collar, and used without a rustle or crackling that could betray their existence during an inspection. They could also be employed to patch clothes, filter water, make a sling for an injured arm or to make a bandage. Relics from the XXth century wars, the silk maps have been converted by Elisabetta Benassi into a different object; enclosed in transparent plastic boxes they remind us that not only “going back home” is still a dangerous, often deadly journey, but it is the very notion of “home” which we are now forced to reconsider.

Courtesy the artist and Magazzino, Rome 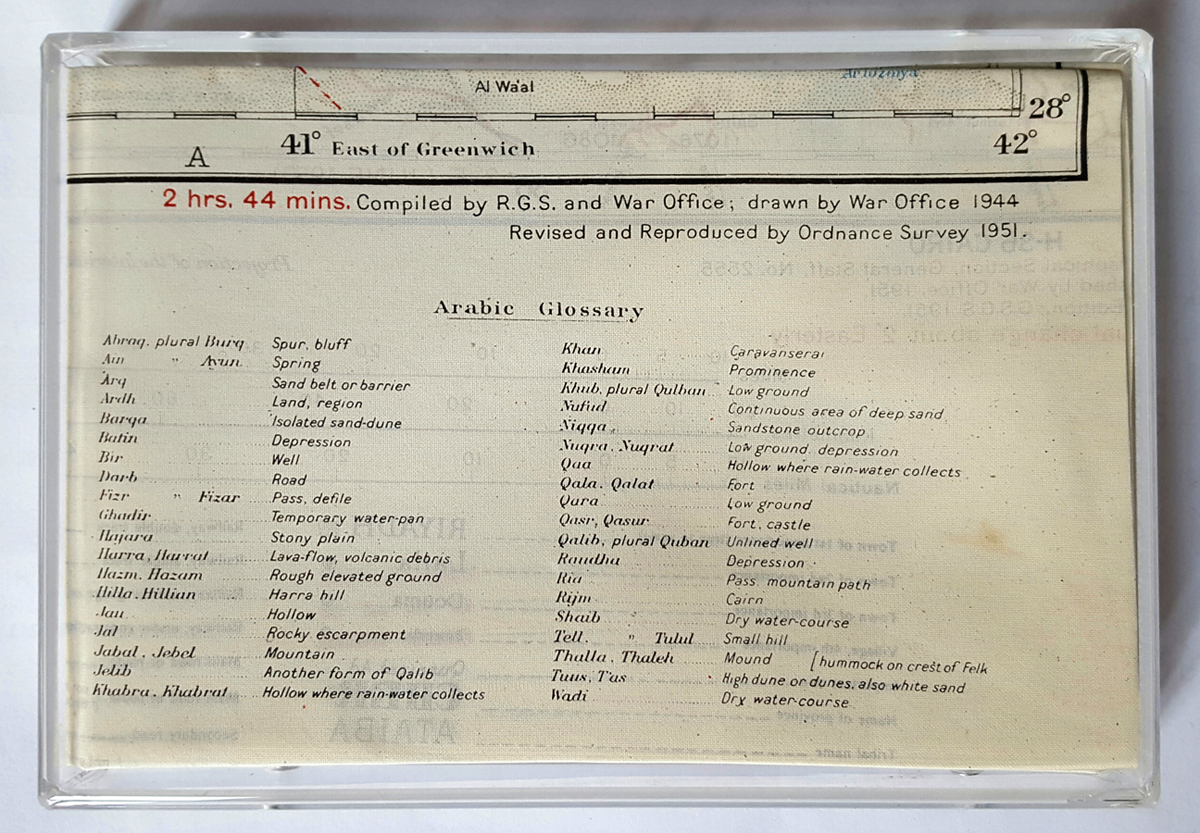 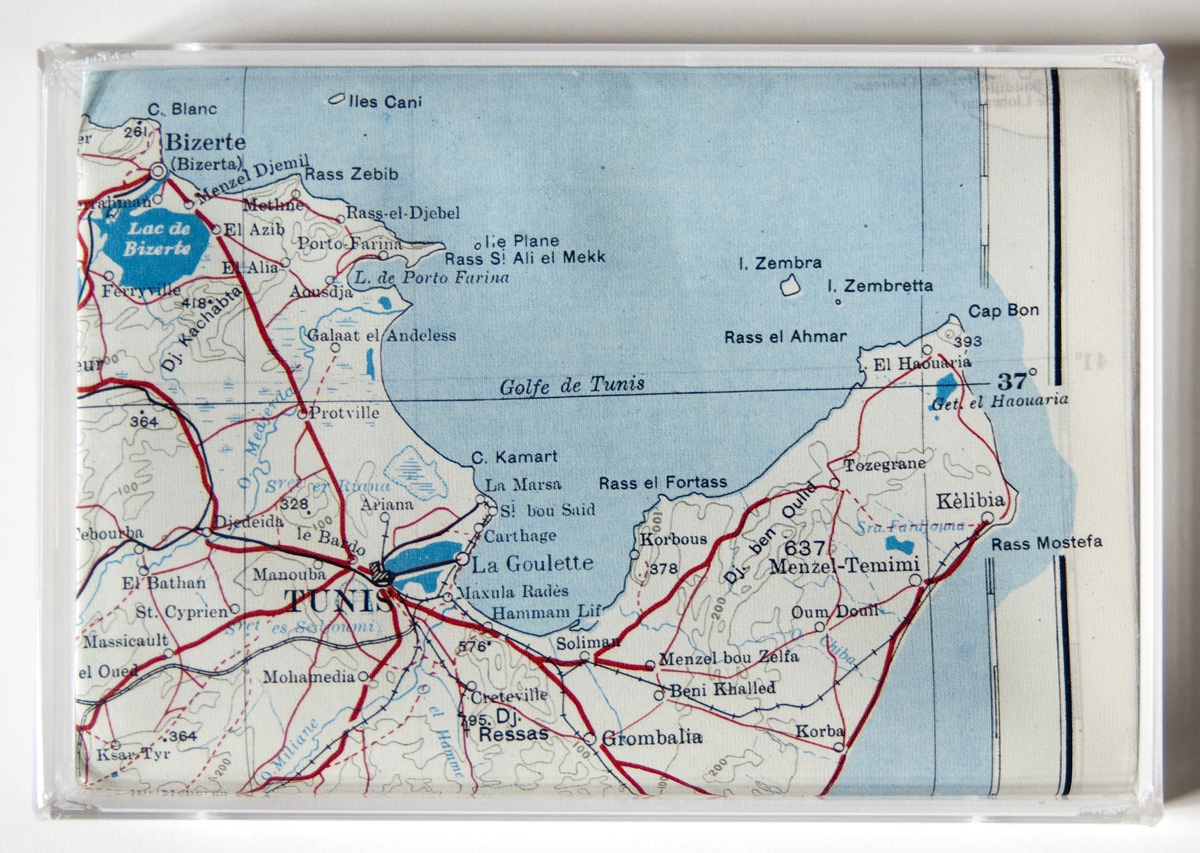