It Starts with the Firing 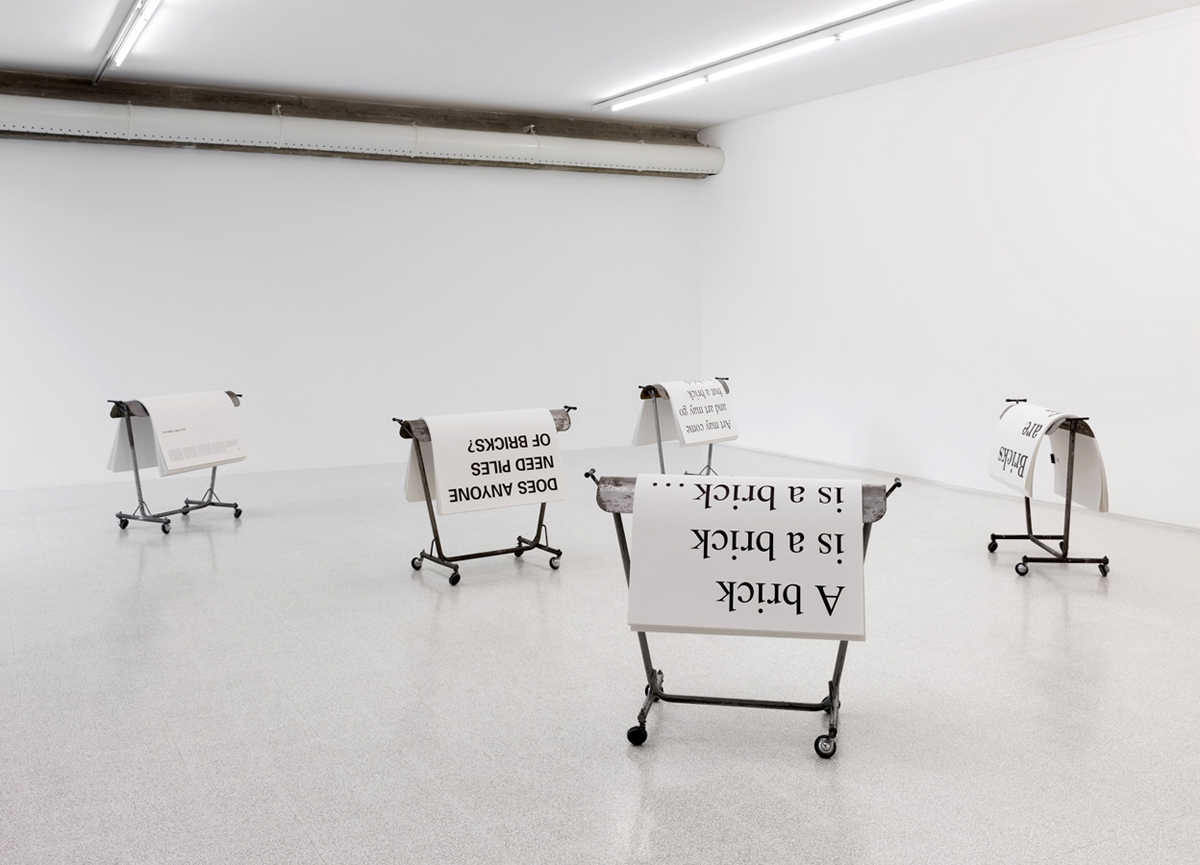 Five phrases in English, taken from the collection of press cuttings Carl Andre assembled alongside his Equivalent VIII installation at Tate Gallery, London, in 1972, enlarged and printed as posters for display on five metal stands. A recorded voice reads out a series of sentences from the file of cuttings at ten second intervals: “New meaning for the ordinary; Would you pay money for this?; I’m afraid what you have here is a fake; Am I missing something?; Upon this Bricks; Bricks a hot favourite; The bricks pull the crowds; These Bricks could Build a bad Reputation; A brick is a brick is a brick…; My wall is going cheap; Gallery bricks silence; Golden Bricks; Moment to follow the Bricks; Bricklayer’s dream; Irreverent art crowd to see “ bricks;” Money crisis and the art Bricks; Man behind the bricks; The bricks are useful; Art May Come and Art May Go But a Brick is a Brick for Ever; Bricks are for homes!” 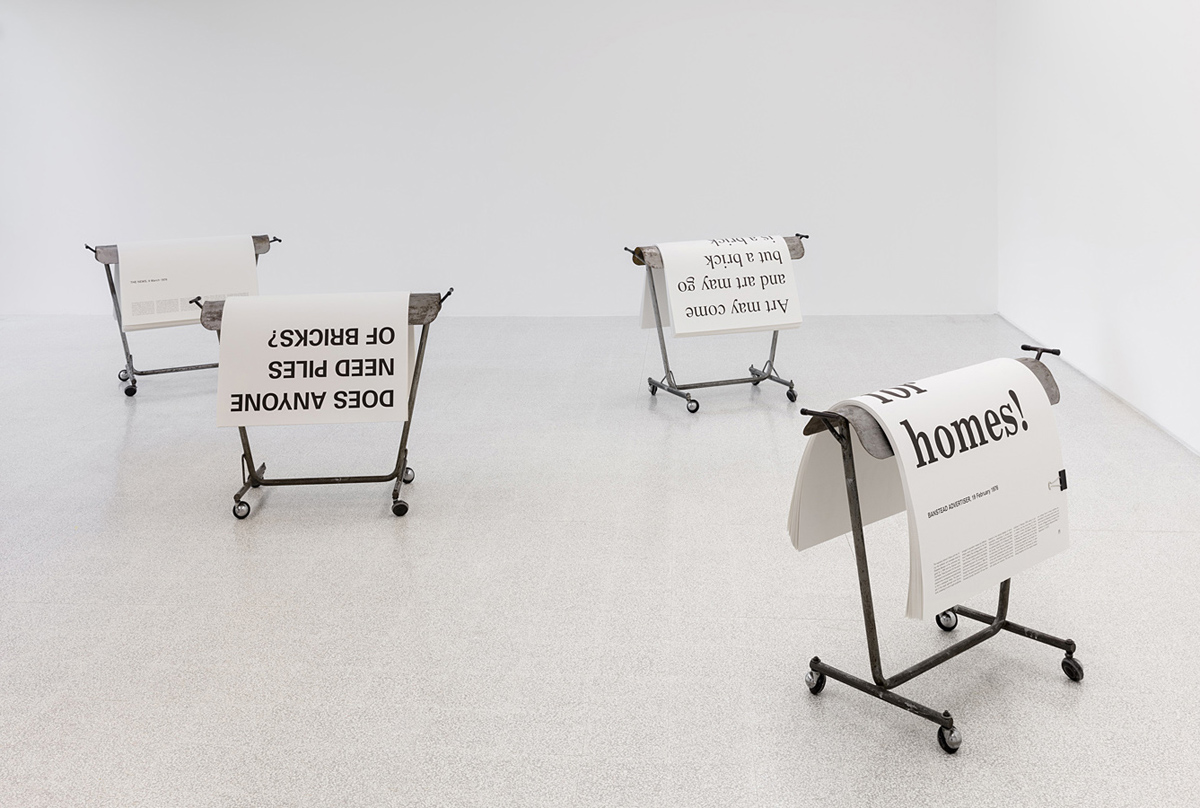 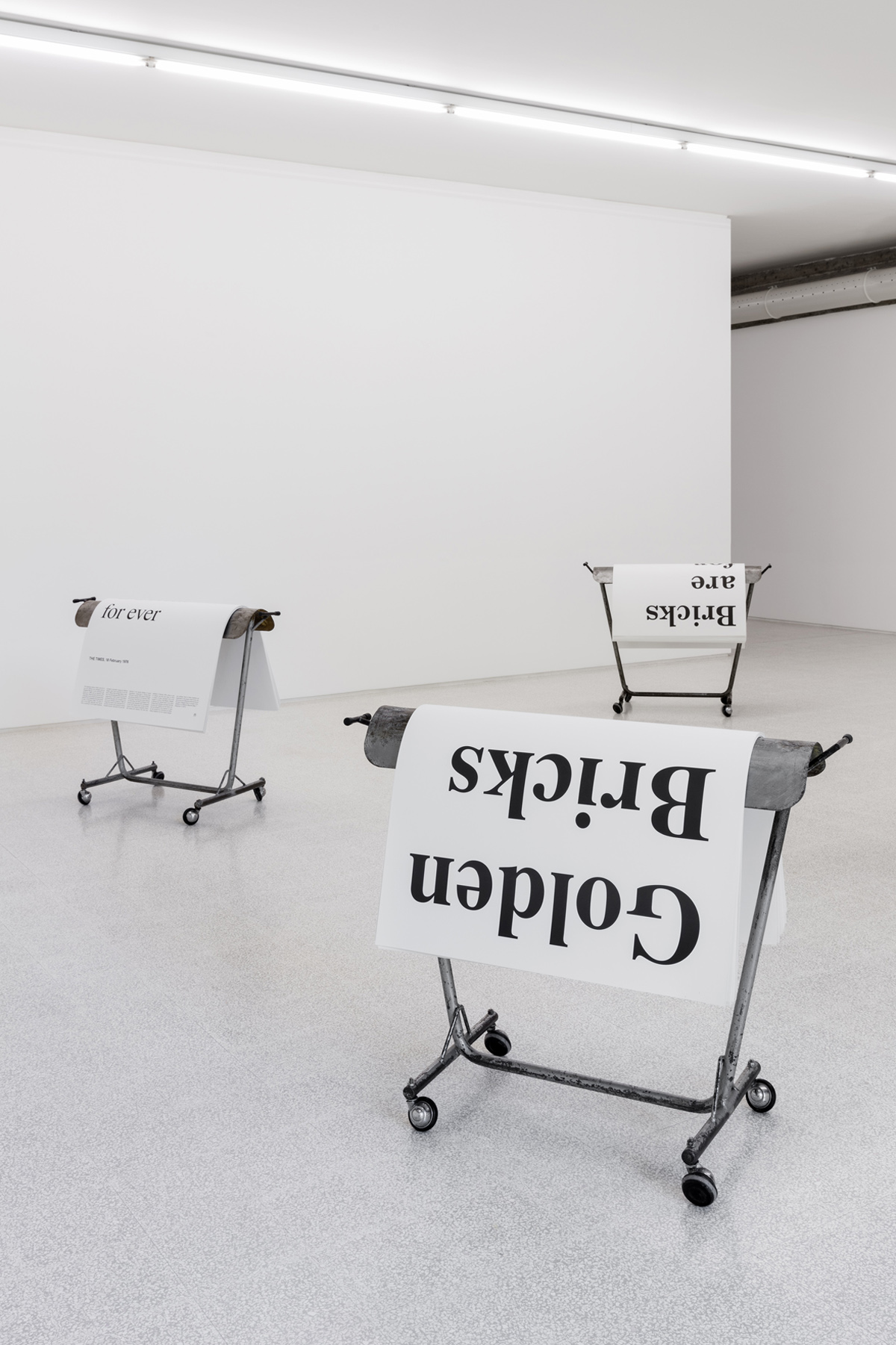