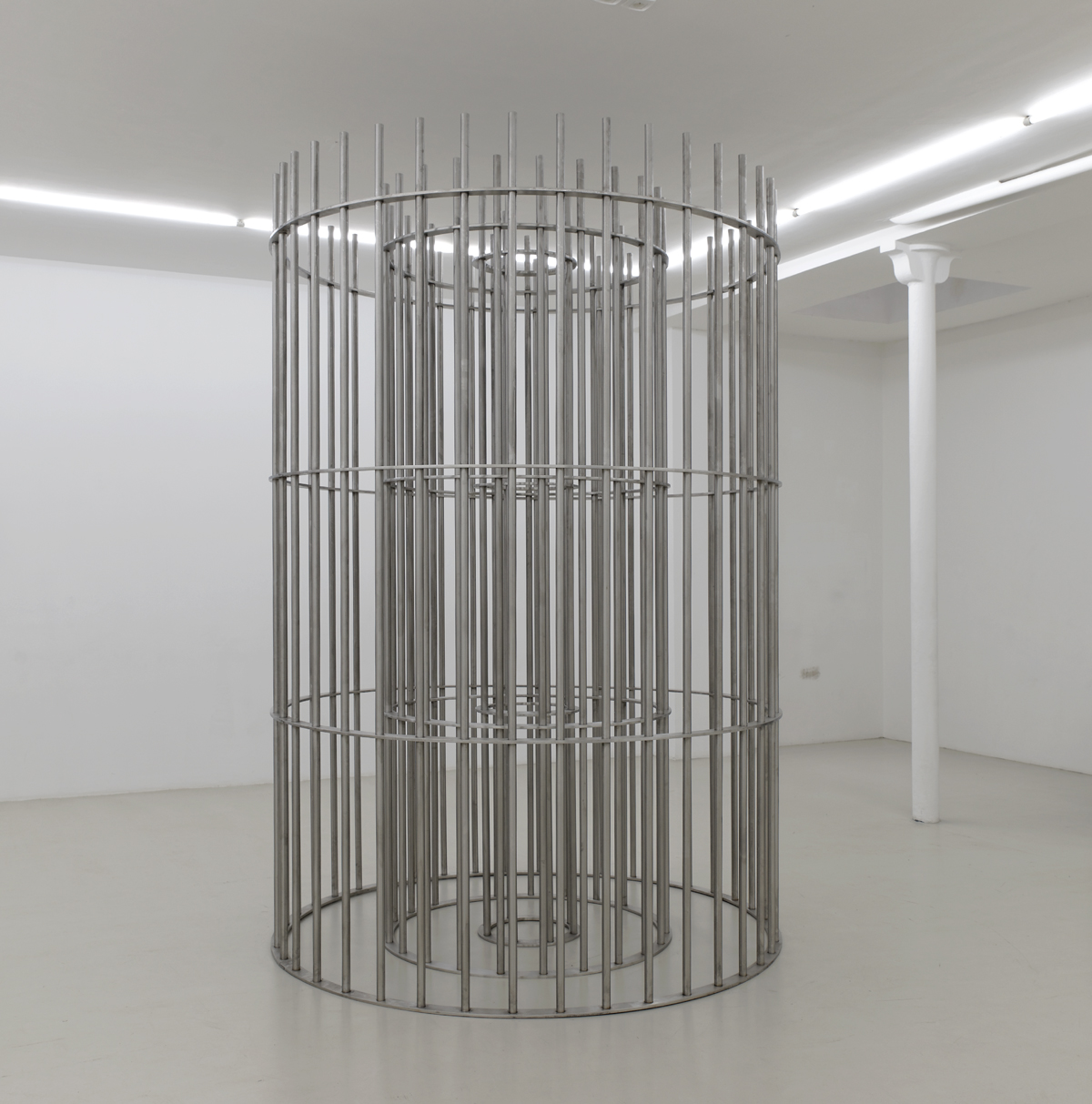 A stainless-steel cage consisting of three cylindrical concentric elements. The work refers to the cage of one of the first gorillas who lived in captivity, Bushman, and described in 1950 by Time magazine as “the best known and most popular civic figure in Chicago”. In 1931, the young, two-year-old gorilla was taken from Cameroon to the Chicago zoo, which had acquired the animal from the family of a Presbyterian missionary for some three and a half thousand dollars. Confined for two decades in an empty cage, where the only furniture was a seat and some car tires, one from an armoured Mercedes that had belonged to Adolf Hitler, Bushman was a popular subject, capable of attracting millions of visitors to the Lincoln Park Zoo. He died on New Year’s Day in 1951, and thousands of people filed past his empty cage for many weeks. 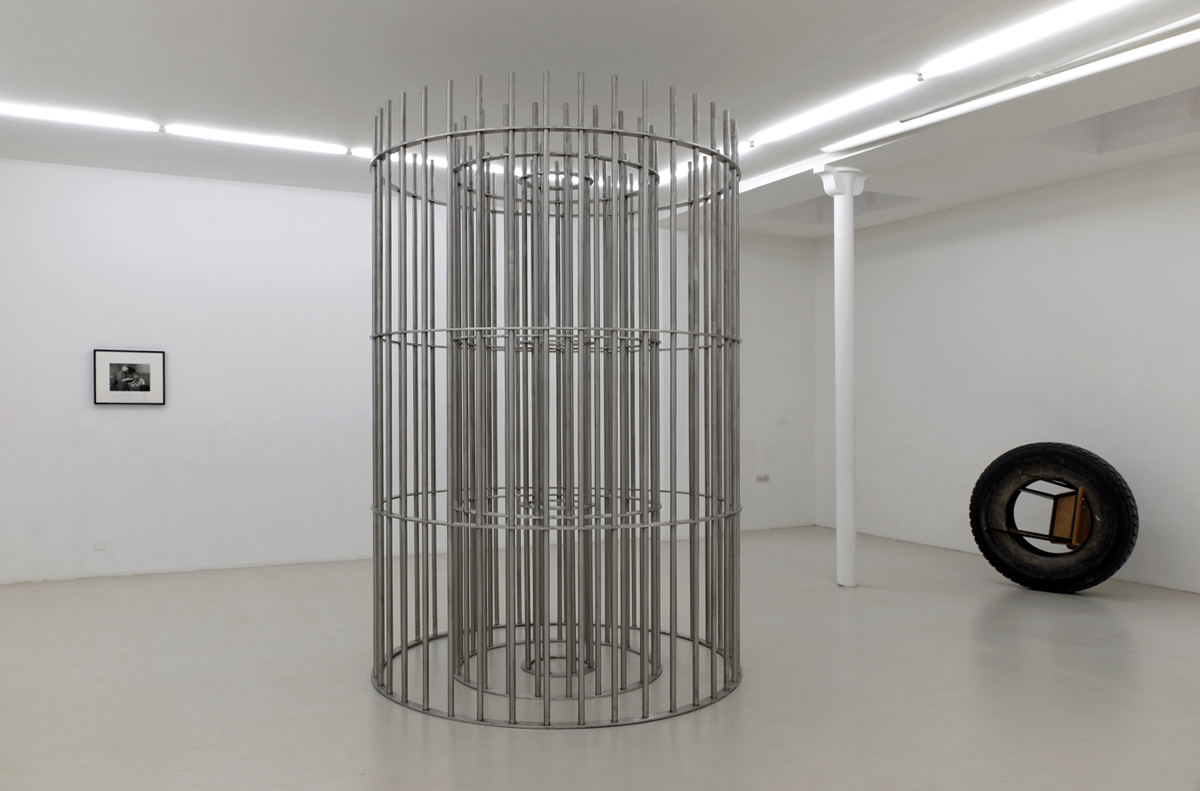