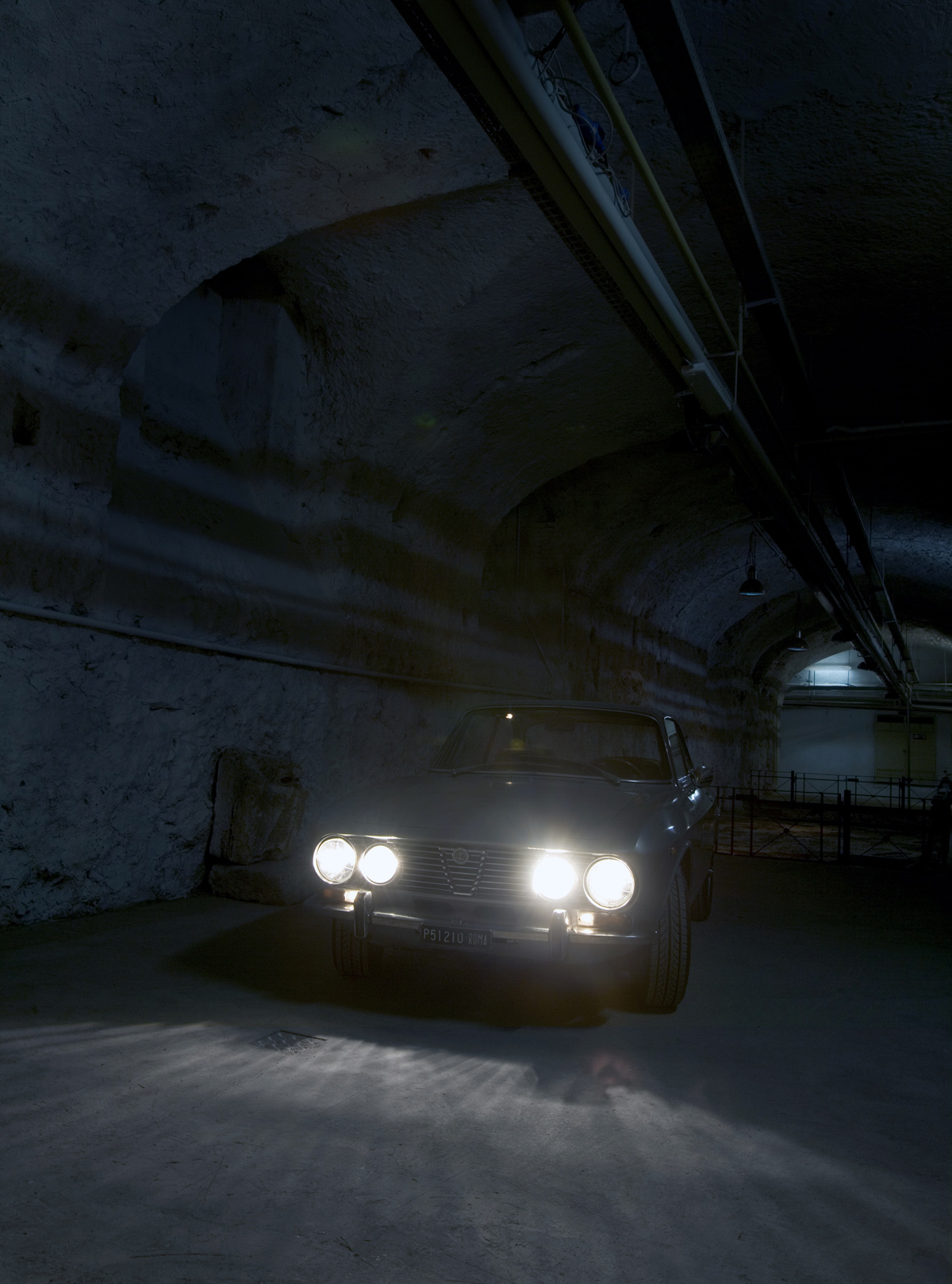 In early 2007 the artist acquired a 1975 Alfa Romeo GT Veloce 2000. The car is identical to that once owned by Pier Paolo Pasolini: the same model and the same metallic grey colour. Empty and with the headlights on, it has been parked in Palazzo Farnese, in Rome, in a subterranean space next to the ruins of a roman mosaic depicting marine scenes. The headlights are the only light source within the space.

“Immobile with its headlamps on, the Alfa challenges the accumulation of time with a sort of stalwart passive resistance, a stubbornness that opposes obscurity. […] Ready to be driven away, or observed like some improbable fossil of a past era, the Alfa Romeo is an obstinate revenant, an unavenged ghost that obsessively returns to the site of its own crime.” Stefano Chiodi, La discordanza inclusa. Arte e politica dell’arte in Il confine evanescente. Arte italiana 1960-2010, Mondadori Electa, 2010